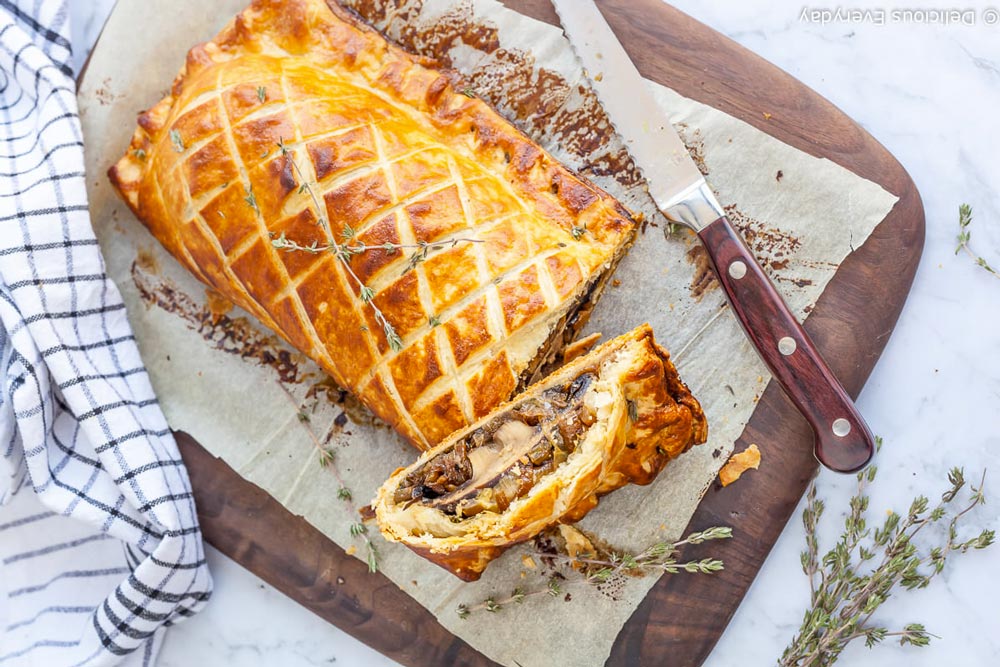 Place a large frying pan on the Simmering Plate. Add the 1 /2 tbs of olive oil followed by onion. Season with salt and pepper and cook, stirring occasionally, for 15 to 20 minutes, until the onions are golden brown. Keep an eye on the onions to make sure they don’t catch.

Move pan to the Boiling Plate and add the remaining olive oil and place the mushrooms, top side down. Cook until lightly golden (about 5 minutes) before turning over and cooking for a further 5 minutes or until golden. Remove from the heat, and drain on paper towel top side up as they will release a lot of liquid as they cool. Transfer the onions, spinach and mushrooms to the refrigerator and cool completely.

Place a sheet of baking paper on the baking tray and then place the puff pastry sheet on top. Spread half the caramelised onions over the middle third of the pastry, making sure to leave an extra 2cm (3/4 inch) border at the edge of the pastry. Top with half of the baby spinach. Spread the dijon mustard over the mushrooms and season well with salt and pepper. Place the mushrooms on top of the spinach. Top the mushrooms with thyme and the remaining baby spinach and onions.

Very carefully roll the pastry over the top of the mushroom mixture until you have a log. Press down to seal the edges. Roll over the log so that the seam is facing the bottom.

Place the pastry back on the baking sheet and tray and place in the Baking Oven for 30 to 35 minutes, or until golden and flakey.