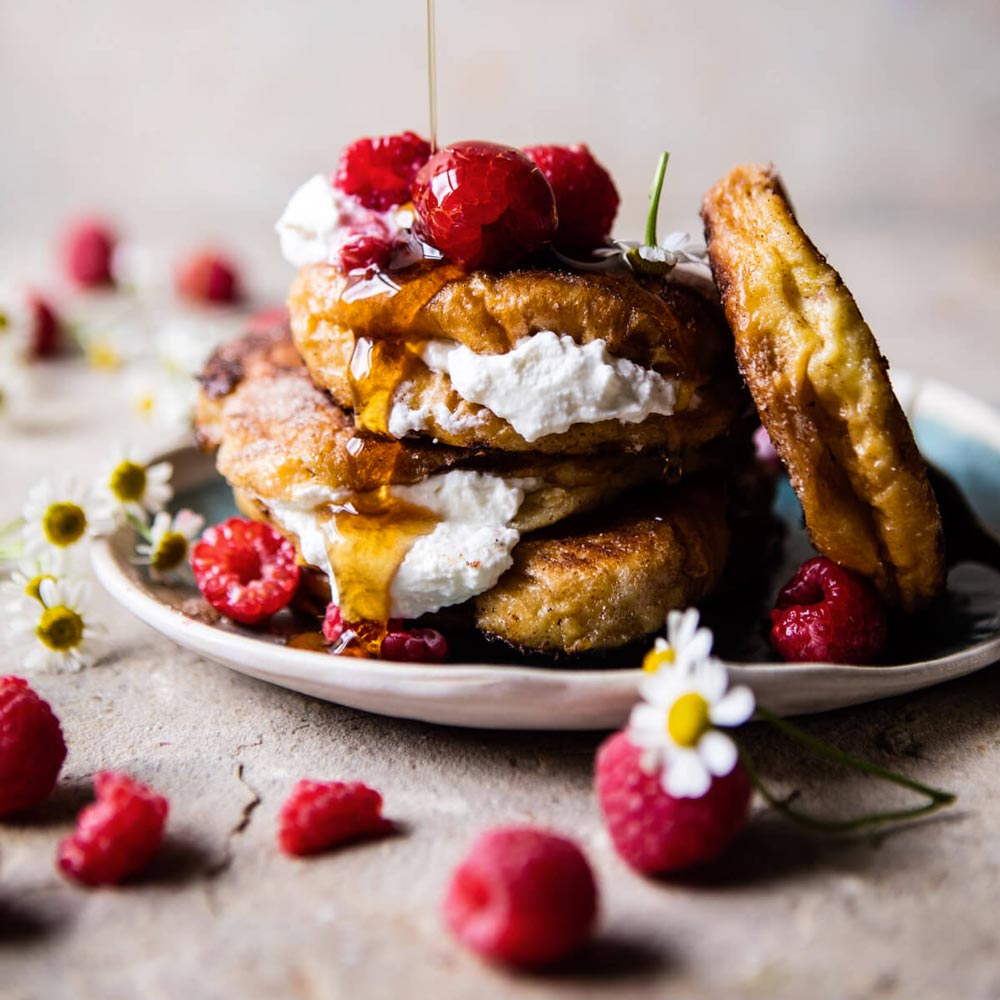 1. In a shallow, medium size bowl, whisk together the eggs, milk, vanilla, and cinnamon until combined. Dip the croissants into the egg mixture, allowing each side to sit for 1-2 minutes in the egg mixture.

2. Heat a large skillet or griddle over the Simmering Plate and coat generously with butter. When the skillet is hot, cook the croissants in batches (do not overcrowd) until golden and crisp, 3 to 4 minutes per side. Remove and sprinkle with cinnamon sugar, if desired.

3. In a mixing bowl, whip the cream until stiff peaks form. Gently fold in the ricotta. Stir in 1 tablespoon honey for a sweet ricotta.

4. In a small bowl, mash half the raspberries. Stir in the remaining whole berries.

Submerge the croissants in the egg mixture, turning to coat. Sprinkle with 2-4 tablespoons cinnamon sugar (if desired) and dot with 4 tablespoons butter.

Cover and place in the fridge for 1 hour or overnight. Bake for 45-50 minutes or until the French toast is golden and crisp in the Baking Oven. If the tops of the bread begin to brown to quickly loosely cover the French toast with foil. Serve as directed with ricotta and raspberries.

Recipe is from Half Baked Harvest https://www.halfbakedharvest.com/raspberry-ricotta-croissant-french-toast/