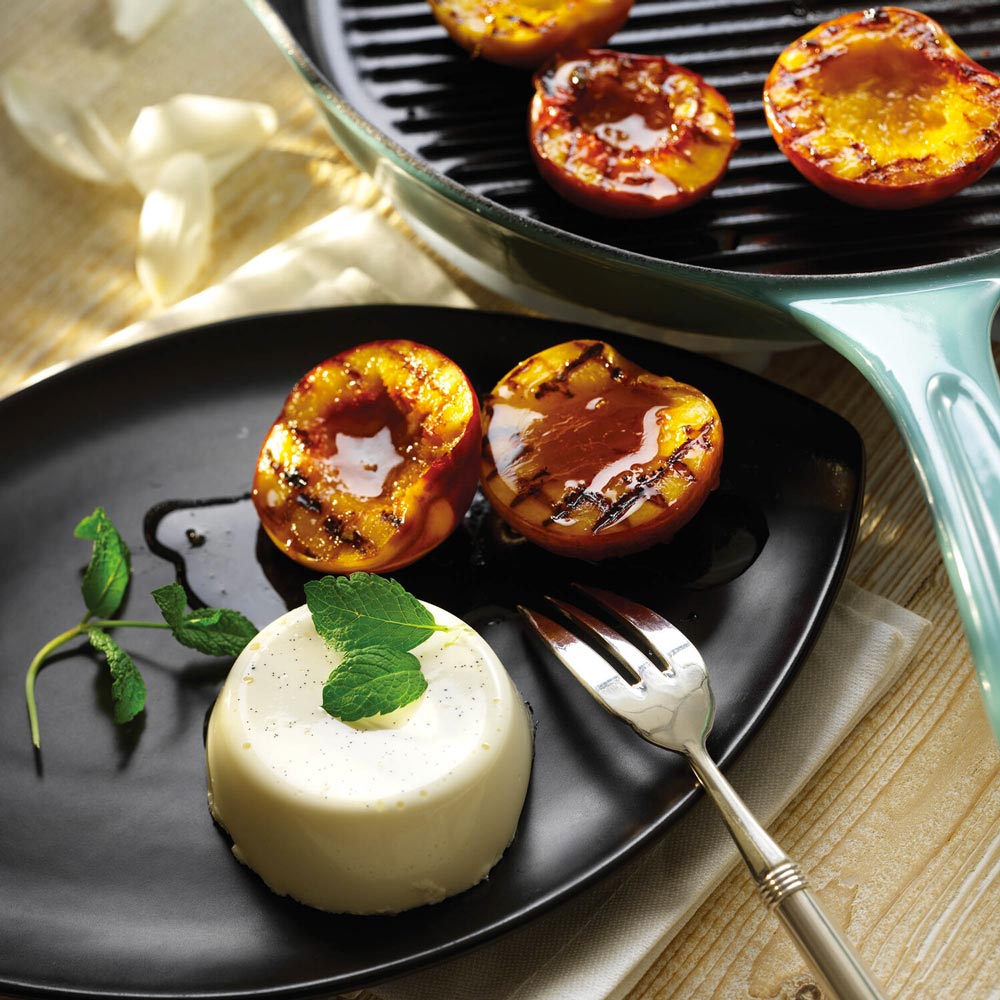 First make the vanilla cream by placing 3 tablespoons of the cream in a bowl, then sprinkle over the gelatine in an even layer. Leave to go spongy.

Meanwhile put the remaining cream into a saucepan, split the vanilla pod and scrape the seeds into the cream, add the rosewater and sugar. Gently heat and stir the cream on the Simmering Plate until almost boiling, then remove from the heat and whisk in the gelatine until it is dissolved.

Divide the mixture between the ramekins and chill until set, about 3 hours.

Heat an AGA grill pan and griddle the peaches both sides, (cut side down first), until beginning to caramelise.

Unmould the vanilla creams onto individual plates with the warm peaches accompanying, drizzle with the honey.