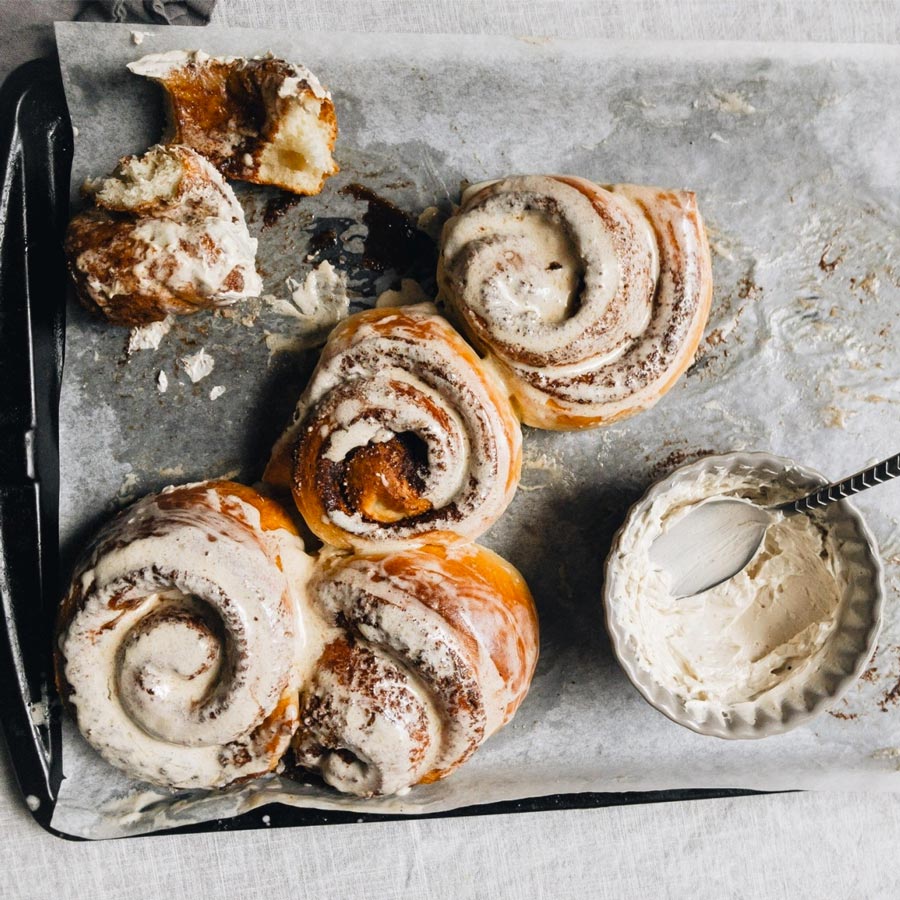 In your stand mixer add milk, egg, yeast, flour, salt, sugar, and honey. mix on low for about 3-4 mins until dough comes together. increase the speed to medium for about 4-5 mins scraping down the sides as needed. next slowly stream in the butter and mix for about 10 minutes more scraping down the sides occasionally until you have a soft, and slightly sticky dough. place the dough in an oiled bowl and allow to rise for about 1 ½ to 2 hrs on the counter depending on the temperature in your home. once doubled place the dough in the fridge overnight up to three days but at least one hour.

When ready to use remove dough from the fridge and allow resting for about 40 mins.

while the dough is coming to room temperature, make the filling and began preparing the frosting. In a stand mixer whip the butter and cream cheese, add the coffee, vanilla, and salt. lastly, turning off the mixer add the powdered sugar and on low allow it to incorporate now whip on med-high for about 2 minutes. set aside in the fridge until later.

once the dough is ready, roll it out into a rectangle spread on the butter, sprinkle the filling and roll tightly into a log lengthwise. using a piece of thread slide under the dough and cut out 1 ½ in rolls, i had 8. place them on a parchment-lined baking sheet leaving about an inch or so between them and allow to rise for about 30 mins. bake in the Baking Oven for 25-30 mins until golden.

Allow the buns to slightly cool then spread on the icing and enjoy!