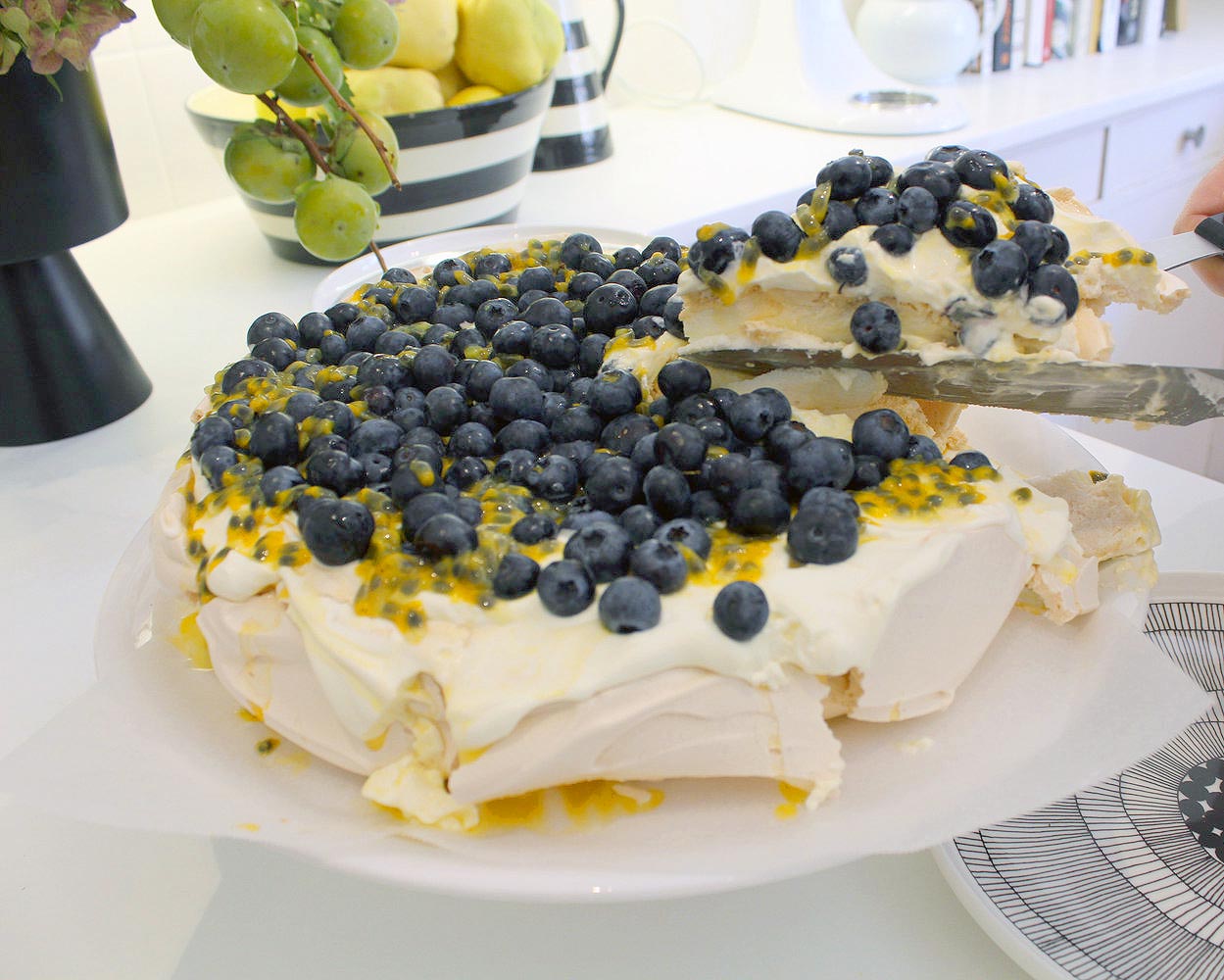 Pre-heat oven to 250 Celsius – Remove. Beat egg whites and cream of tartar on high speed until stiff peaks form. Gradually beat in sugar until it is well incorporated. Fold in cornflour, vinegar and vanilla essence.

Heap egg white mixture into centre of baking tray and form into the shape of a cake about 22cm in diameter, making the centre a little shallower than the sides, put in roasting oven bottom runners for 10 – 15 minutes or until light crust forms.

Move to Simmering oven and bake pavlova for about 1 1/2 hours. Remove from oven and leave until cool. The meringue often cracks a little as it cools.

When you are ready to serve, spoon whipped cream over pavlova and top with washed berries. Spoon passionfruit pulp over the top.

Recipe is by Gabriel Gaté from cookbook Great Cakes and Desserts, page 92.