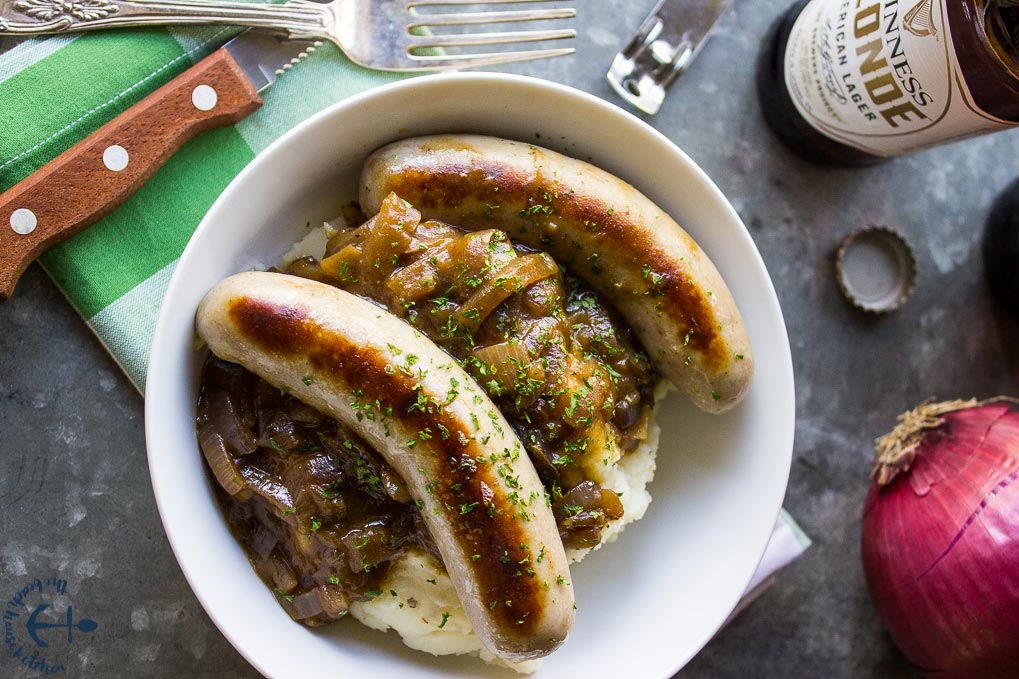 Guinness Onion Gravy: Melt the butter in a large skillet over the Boiling Plate. Add the olive oil and the onions and saute, stirring often, until caramelized, about 30 minutes.
Add the flour and cook until golden brown, 2-3 minutes.
Add the Guinness, Dijon, worcestershire, sugar, salt and pepper. Move to the Simmering Plate and simmer until thickened, about 8-10 minutes.
Bangers: Heat oil in a large cast-iron skillet over the Simmering Plate. Add bangers and cook until evenly browned on both sides and cooked through, about 12-15 minutes.
Mashed potatoes: Peel potatoes and cut into large chunks. Place in a saucepan with water to cover, salt the water and bring to a boil over the Boiling Plate. Cook until the potatoes are tender when pierced with a fork, about 15 minutes. Drain and mash with a potato masher. Add the butter and milk and continue to mash until smooth. Season with salt and pepper.
To assemble: Place mashed potatoes on plate, top with a sausage and gravy.

Recipe is from The Beach House Kitchen http://thebeachhousekitchen.com/2017/03/10/bangers-mash-with-guinness-onion-gravy/