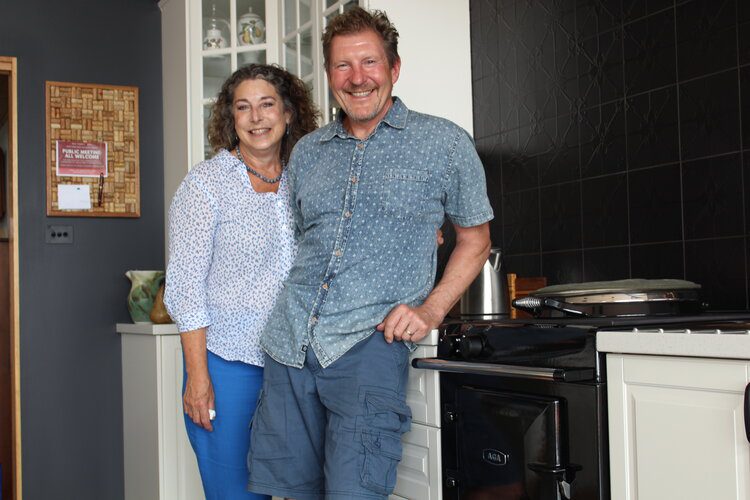 Located on the beautiful North Coast of Tasmania you’ll find Lisa and Ted Schneider who are proud owners of an AGA eR3 Series 60 All-Electric Cooker.

What sets this couple apart from most AGA owners is that they have designed their stunning home to run mainly on solar energy.

Lisa and Ted knew that there was only one place they could envision themselves settling down and that place was none other than Tasmania, Australia. With plans to live off the grid, Tasmania offered them great weather and access to outdoor adventures, and they knew it was the perfect place to build their forever home. Sitting on the deck, gently swinging in Ted’s custom-made chair taking in the views of the sea, it’s easy to understand why.

The pair were eager to see an AGA in action and truly had no idea what to expect. The cooking demonstration they attended brought their attention to the simplicity and quality of an AGA cooker. To their amazement, the demonstrator Margaret Dargan produced an abundance of dishes such as scones, roast pork and their overall favourite, Slow Cooked Mongolian Beef.

The AGA was able to produce such a high quantity of food whilst maintaining flavour, shape and consistency, this was all the couple needed to see before they were hooked.

Once the demonstration was over Lisa had only one thing to say, “We have to have one of those cookers if it can cook all of that”.

Both Ted and Lisa love to cook, Ted especially is a connoisseur for baked bread and discovered that the AGA’s cast iron heat distribution has a large part to play in his success.

He found that the AGA eR3 Series 60 was able to retain the moisture in their bread whilst giving the crust the perfect amount of crunch. Ted believes that “no conventional oven will ever compare”.

The couple’s favourite dishes to cook in their AGA are stews and pizza. They find that pizza is a go-to dish as it’s extremely easy to make and cooked in such a way that keeps them wanting more. Lisa and Ted acknowledge that “preparation is key and hence the more tedious task, the cooker is the easy bit!”.

Ted spoke about when he was in the US Airforce some years earlier. He was stationed in England and had the opportunity to cook on what would now be considered a vintage AGA. He mentioned that while being deployed it was quite difficult to find good household appliances, but when he began to cook on the AGA he was able to experiment outside of his comfort zone. 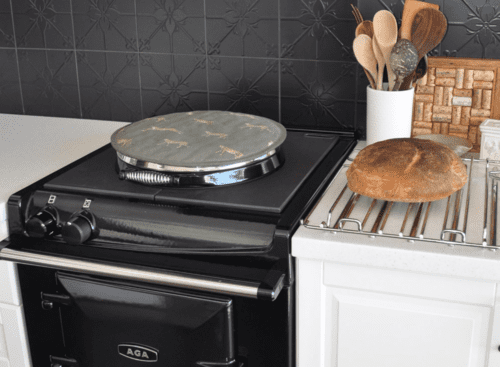 Bread made by Ted and Lisa in the AGA 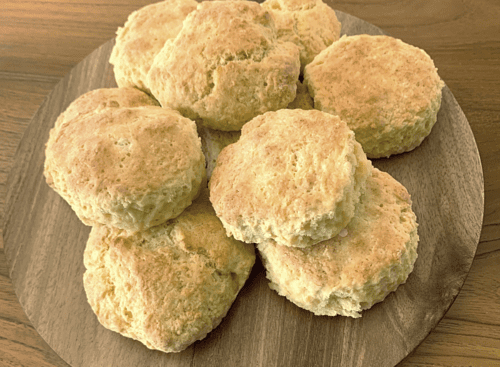 Scones made by Ted and Lisa in the AGA

When asked about what advice they would give to potential AGA owners, the Schneiders said they would encourage attending a cooking demonstration.

This would be beneficial as you get to see how an AGA cooker can be utilised in a home, also it’s the best place to pick up many helpful tips and tricks you might not have known before.

Lisa and Ted went to three different cooking demonstrations before they received their AGA. This made a world of difference when it came time to take on their first dish.

Secondly, trusting that the AGA would do its job, Lisa found that she didn’t need to check in on her food constantly, and if ever she wanted to take a peek the AGA retained its radiant heat in such a way that even if the door had been opened, the heat wouldn’t escape from the cooker.

Ted and Lisa advocate that for anyone purchasing a new AGA, it may take a little time to perfect your craft. They express that “when purchasing an AGA, you have to realise that it’s a different style of cooking, you need to practice and keep going at it”.

About running off the grid …

Since building their home, the couple have installed 40 solar panels that are able to run their entire home off the grid.

From the time the system was installed, Ted was excited to say that he is no longer paying any bills and has no additional costs since installation. The Schneiders knew that solar was the way to go from the beginning.

The system is run by a smart converter, and stores enough solar energy to run the property and send almost 80% back into the grid. They found that they were able to charge their batteries back to full capacity by sunset each day.

Once the sun goes down their home begins to live off of the stored battery power. Since owning an AGA, they found that the cooker only draws the battery down by 45% by the morning. This is why they keep the AGA running all the time as it doesn’t affect the overall energy consumption of their home.

Due to Ted and Lisa running their house off solar power, turning their cooker on and off will draw more energy from their system causing major spikes in their energy consumption. Their advice is, “don’t be afraid to leave your cooker running, you’ll be surprised to see your consumption results.”

Some final tips from Ted regarding your future solar journey, firstly make sure you’re using a reputable installer; “don’t be afraid to shop around and seek as much advice as you can.” Ted had spoken to a number of industry professionals before he was content with his decision.

Finally, make sure you evaluate your needs and the location of your home and if you’re able to opt for a lithium battery, do it! Don’t let people talk you out of having batteries because they allow you to maintain these low energy consumption levels and ensure that you’re not spending unnecessarily on electricity bills.

We thank Ted and Lisa for welcoming us into their home. Their story about solar living is truly inspiring.

Images and words by Grace Paspalis. 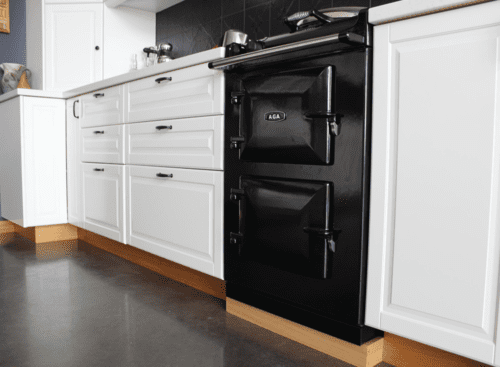 Information regarding the AGA eR3 Series 60 and its energy consumption 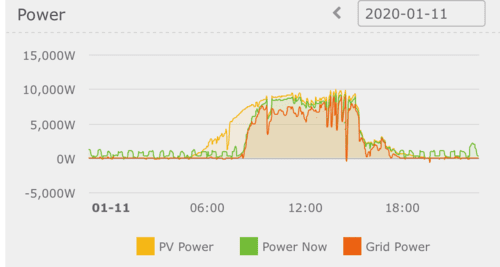 The AGA is drawing about 1000W in cycles of about 15-20 minutes on and 15 minutes off all night long. That’s about 580kWh, well within the family’s battery capacity (Midnight – 4pm).

Images and words by Ted Schneider