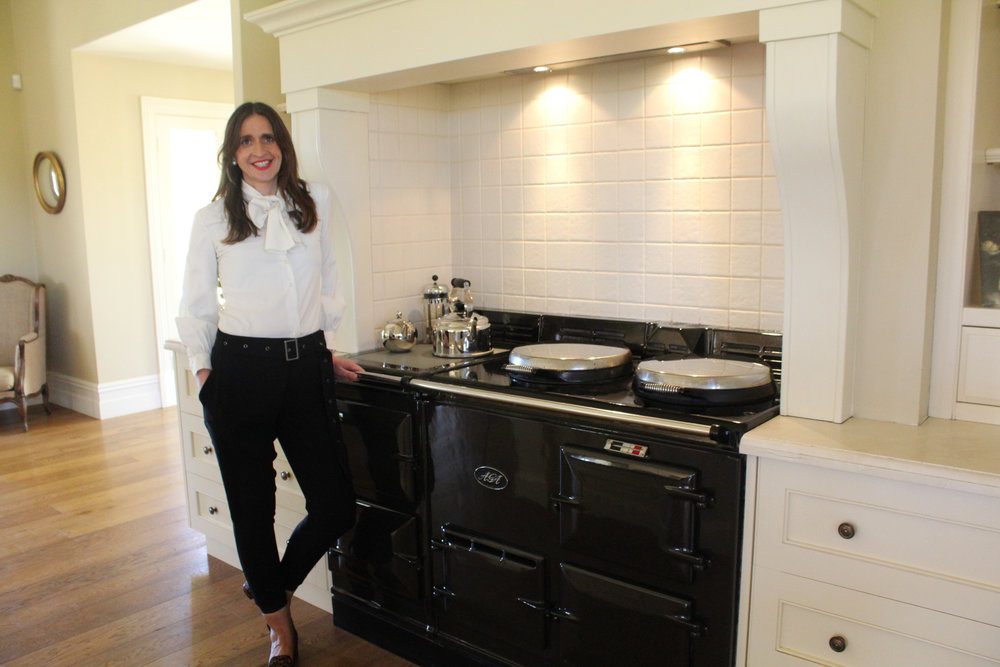 Visit Ceres Homestead, the Central Victorian abode of Jane and Geordie Charles and their four children, that was once the Holiday Home for Queen Victoria’s son, the Duke of Edinburgh.

Renovated in 2008, the homestead features new technology such as a Black 4-oven AGA cooker, complimenting the homesteads existing pieces such as the original crockery, drapery and wallpaper.

Ceres Homestead is one that needs to be seen to be believed. Located in Central Victoria, the homestead is filled with incredible history and fascinating stories. Built in 1864 and first owned by Thomas and Johannah Bath, the first licensee on the Goldfields, their country estate was made for royalty. Prince Alfred, the Duke of Edinburgh and son of Queen Victoria stayed at the homestead in 1867 and to thank the owners, Queen Victoria sent a cutting of the vine from Hampton Court Palace. That vine now grows in the center of the hallway named “Vine Hall” and is the link between the three wings of the house.

The beautiful homestead is now home to the Charles family: Jane and Geordie, (a Lawyer by trade, and a farmer, respectively) and children Edward, William, George and Isobel. They rennovated the homestead in 2008 as it needed a bit of “TLC”. The Charles family kept Thomas and Johannah’s original crockery, wallpaper, fittings and drapery. The house is timeless, and in perfect condition. If Jane hadn’t told me of the renovations, I wouldn’t have guessed it. It felt like I had stepped back into the 1800’s. Jane and Geordie wanted to keep the interior design and architectural style of the home the same as when it was first built, and great deal of research went into ensuring the home kept its original aesthetic and authenticity. Most of the furniture, paintings, light fittings, and other various pieces were bought at antique auctions, fairs and sales.

“ They were the best carrots we had ever eaten; we ended up buying the AGA right there on the spot.”

Colours from the house are taken from original wallpaper in the drawing room; all rooms are different as each room has its own story and unique appeal. The colour palate features greens and ochre tones which compliment the original baroque wallpaper effortlessly. Which is exactly where the AGA fits in. Purchased in 2008, the AGA is a Black 4-oven cooker. The architect was under strict guidelines that the kitchen needed to be the “Hub of the House”, and the main center point; the place where guests will spend most of their time and find themselves lingering. “I wasn’t keen to have an AGA at first to be honest. But my mother-in-law was an amazing cook and she had an AGA, so I thought I should at least visit the Showroom and find out more about them. Geordie and I went to Prahran and met with Brian and Sheila and they cooked us some carrots. Just plain, no herbs or spices, in a saucepan on the Boiling Plate and then into the Simmering Oven. And they were the best carrots we had ever eaten; we ended up buying the AGA right there on the spot. The beautiful people at the AGA shop really influenced out decision too, their passion for the product they were selling really showed, and it was genuine.”

“The colour of AGA needed to not only compliment the kitchen but also stand out and start a conversation.”

The AGA cooker fits right into the desired style of a classic country home, the style Jane and her family are excelling at emanating. The Black Cooker is sophisticated and ageless. “I absolutely love the colour. It doesn’t date at all, and the AGA had to be the statement piece. And it very well is. As the colour palate of the Kitchen is extremely light and neutral, the colour of AGA needed to not only compliment the kitchen but also stand out and start a conversation.” 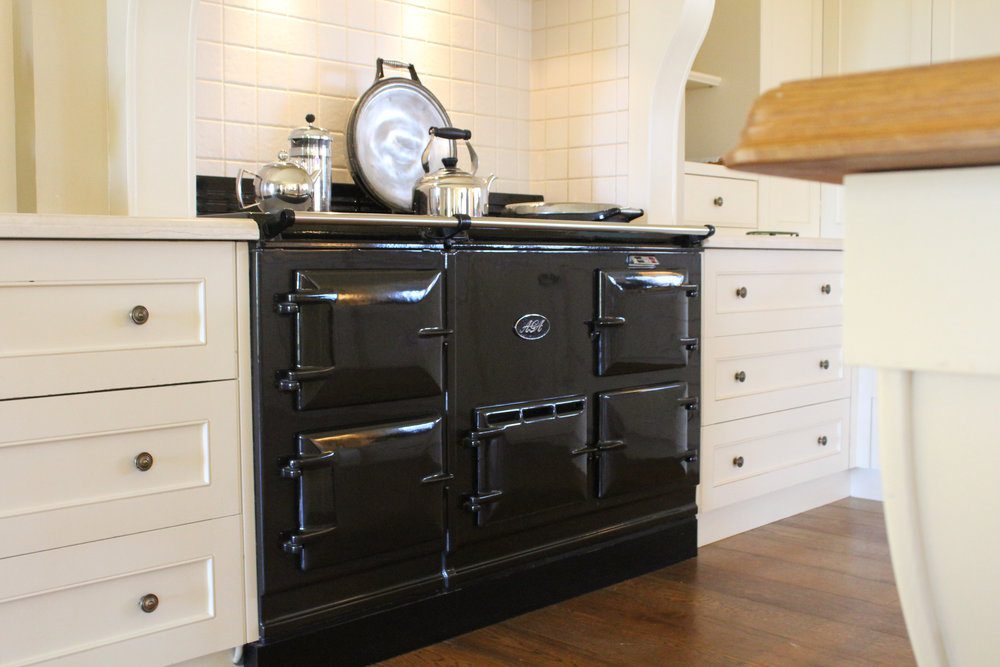 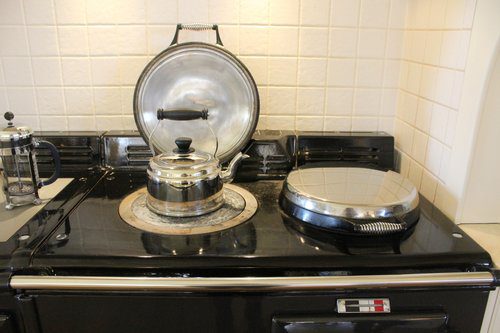 “The versatility of the AGA is my favourite aspect of it.”

As much as Jane wanted a cooker that matched the interior style and architectural design of the home, she also wanted a cooker that was practical, functional, efficient and versatile. “The versatility of the AGA is my favourite aspect of it. Our AGA is on all the time, and sometimes you think you haven’t used the AGA today because you haven’t cooked a full meal. But then you realise in some way, you have used it without questioning it. Whether it’s just boiling the kettle, or proofing dough on top of the Warming Plate, or just drying utensils on the Hotplate Lid, you’re constantly using it without even realising. You can warm up dinner in the morning, then go out for the day and come back and it’s ready. At night, you’ve got clothes in front of it drying. If you don’t want to iron a nice silk blouse, you can just hang it on the AGA and it dries perfectly. It’s just things like that, that you don’t think an oven would provide or do. Because ovens don’t these days, they’re usually just made for cooking food but that is where the AGA differs; it has so many benefits.”

“It’s things that you don’t think an oven would provide or do. Because ovens don’t these days, they’re usually just made for cooking but that is where the AGA differs; it has many benefits.”

After practicing law for several years, Jane pushed that to the side and is now a full-time mum, which has made room for her main passion: baking. “I love baking, sometimes I bake all day. And that is my absolute joy of life. In the morning, if the AGA is on, I get up and I’ll make the kids play lunches before school, or if someone’s coming over for morning tea, I’ll always have a cake baking in the oven that morning. I’m always ready, you’ve got to be always ready. In winter I’ll put dinner in the Simmering Oven, and have it cooking all day so it’s ready and beautifully warm and cooked when we get home at night.” 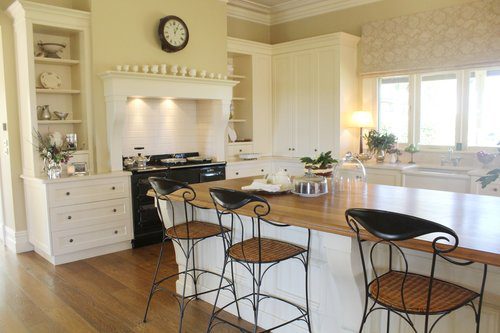 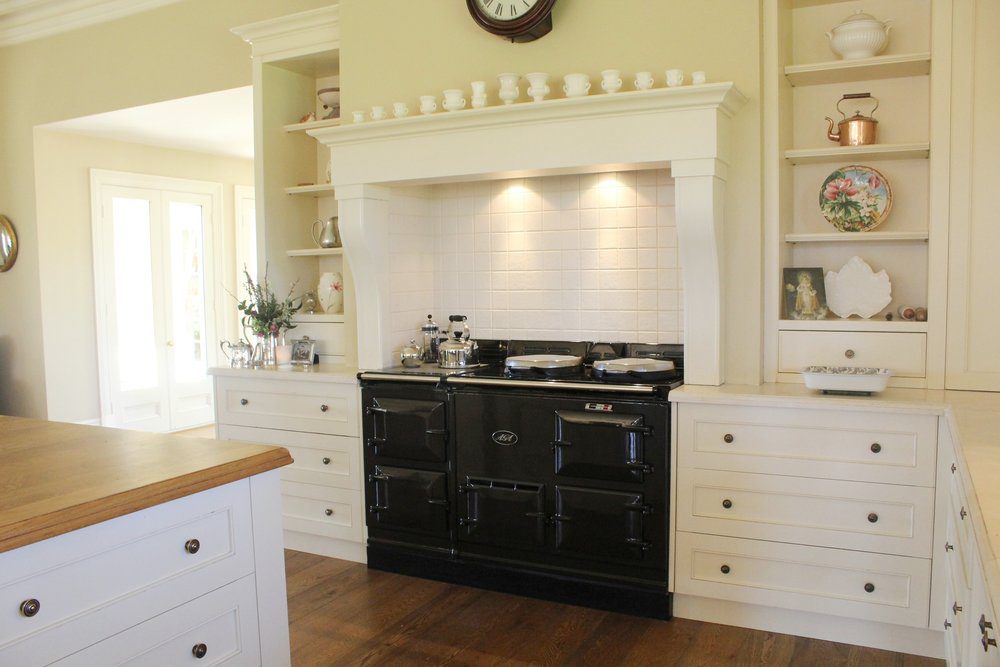 “It is quite hard to ruin a meal in the AGA however as it is a very forgiving oven.”

Janes favourite thing to make is cakes, but she also loves cooking meats as well, that she has marinated oven night in beautiful fresh herbs and spices. She has them slow cooking in the Simmering Oven all day, and once cooked in the evening, the meat just falls apart. Her easiest meal to cook? “All you need is a lovely cut of meat, marinated, and you just slow cook it with a complimentary salad and roast potatoes. My famous and effortless potatoes are so simple to make. You just boil whole potatoes in their jackets in a pot on the Boiling Plate, then once soft, you take them out, smash them all and put them on a baking tray. Sprinkle with olive oil, salt and pepper, rosemary then into the Roasting Oven they go for about 25 minutes and they will be the most golden brown crispy on the outside, soft in the inside potatoes you will ever eat. And it feeds so many people. I often make bread as well and pizza. I make the dough myself and proof it in a bowl and sit it on the back of the AGA.”

The AGA also finds a way to increase its owner’s passion for cooking and improve its owners’ culinary skills. “I have definitely improved my sauces, which is the one thing I really wanted to master once I got my AGA. The Warming Plate is very underrated, I think it’s great. If I’ve made a sauce like gravy or caramel or even melted butter, I just sit it on the Warming Plate and it keeps it nice and runny and the best consistency. It doesn’t make the sauce or butter go gluggy or hard or solidify like it usually would if it was cooling down. It’s a beautiful, even temperature.”

Part and parcel of owning an AGA is bit of trial and error. It can take several times to figure out which oven to use and which rack is best and for how long does it cook, but that is all part of the fun. Jane has mastered cooking roasts, with the perfect accompaniments. “I do a lot of roasts now in the Simmering Oven. You work out what is good in what ovens, you work out the times, when to move it and what shelf exactly are you going to put your biscuits on, for example. It’s all about learning how to get the most out of your AGA to make the food shine. And it is quite hard to ruin a meal in the AGA however as it is a very forgiving oven. It’s the soul of our house.”

“It was a machine for her, and it is one for us too. It’s an absolute vehicle for us.”

Janes mother-in-law owns an AGA, which pushed Jane and Geordie to ultimately purchase one for their own. “She has given me so many tips along the way. She is a beautiful cook, and I knew the AGA is one of the reasons why her food is so incredible. And I wanted that for myself and for my family. My own mother also has had a slow combustion stove her whole life, so she was extremely happy I was getting the AGA because she knew what that thing could do and how well it could cook. My mum is a beautiful cook, everything is made with a sprinkle of love and nothing tastes as delicious as her cooking, and I want to be just like that! It was a machine for her, and it is one for us too. It’s an absolute vehicle for us. In hindsight, it was actually a great choice to purchase an AGA because I am now home all the time and I love it. The kids don’t know any different, they’re just used to having good, home-baked food. The kids and I will even just stand in front of the AGA all together in winter and stay warm, and it’s just cute little memories like that that make it so special and make the AGA more than just an oven. It’s the heart of the home.” 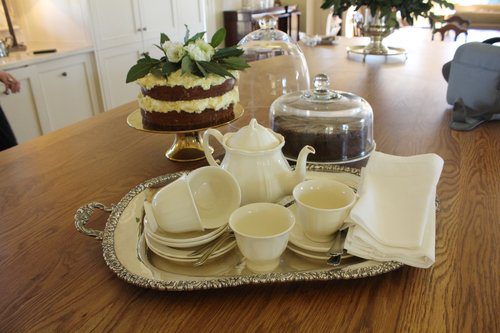