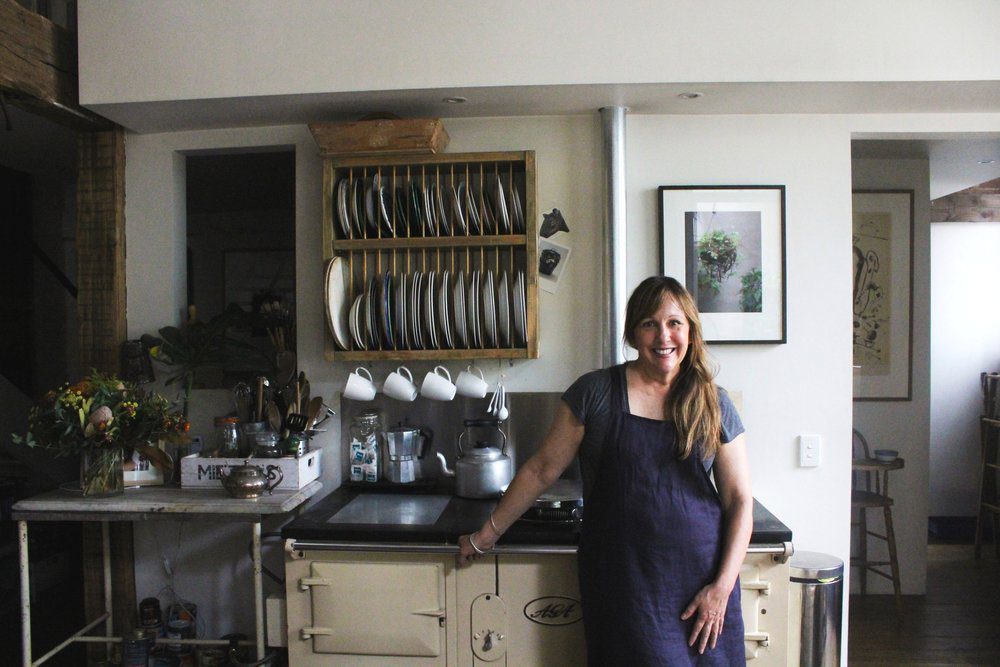 Visit the much sought-after loft of Melbourne-based Artist Adriane Strampp, featuring an eclectic collection of re-purposed and antique furnishings, her own incredible paintings spread along the walls of her home, and her old 4-oven AGA cooker.

If the interior of this home looks familiar to you, you’re not alone. What was once an empty warehouse in the heart of Collingwood, became the much sought-after loft that Nina Proudman from the TV show Offspring lived in. Owner of the home Adriane Strampp often lends her home to the backgrounds of TV shows and magazine photoshoots. Plus, the beautiful AGA cooker is constantly finding it’s way on our Instagram feeds; it’s antique shell mixed with the rustic aesthetic of the whole house is a kitchen we’ve always envied. So it was a dream when I found myself driving to Adriane’s home to interview her and finally see this magnificent space.

Right in the heart of Collingwood, I find myself at Adriane’s home. The outside looks like a typical warehouse but in a suburban street; I later find it was an old coat hanger-factory converted into a two-storey warehouse. The walls are fitted with Adriane’s own paintings, and the furniture is antique – this eclectic style mirrors that of the AGA cooker. When Adriane bought the house, it was an empty shell. As an owner-builder she prided herself on only buying local, second hand building materials that have history and tell a story. For example, the timber used on her second-story floor was from a Wharf bridge in the city that was taken down. Other furnishings are sourced from old schools and warehouses that have been demolished. The kitchen and living room can be found on the bottom level, and bedrooms up top.

Originally from the USA but living in England, Adriane grew up with an AGA cooker that ran on anthracite. When she moved to Melbourne, an AGA was a must-have. So, she bought a second-hand 4-oven AGA in Cream online that ran on oiled had it converted it to natural gas. When Adriane got the AGA delivered, the driver underestimated just how large and heavy the cooker was; fortunately she found a man with a forklift in a nearby factory who came to the rescue to help get it into the house.

AGA cookers are multi-purpose. They can cook incredible food and are a perfect source of heat for the home, but every once in a while I’ll hear another great use of the AGA. This is one I’ve heard quite often – making Yogurt. Making yogurt and an oven are not two words you would think you would hear in the same sentence, but with an AGA, it’s unquestionable. Adriane’s favourite thing about her AGA is that she can make yogurt perfectly. This is how she does it: first she sat a pot of water in different locations on the Aga to find the right resting temperature, next to the boiling plate works perfectly. She then heats the milk before adding the yogurt culture and lets it sit overnight. 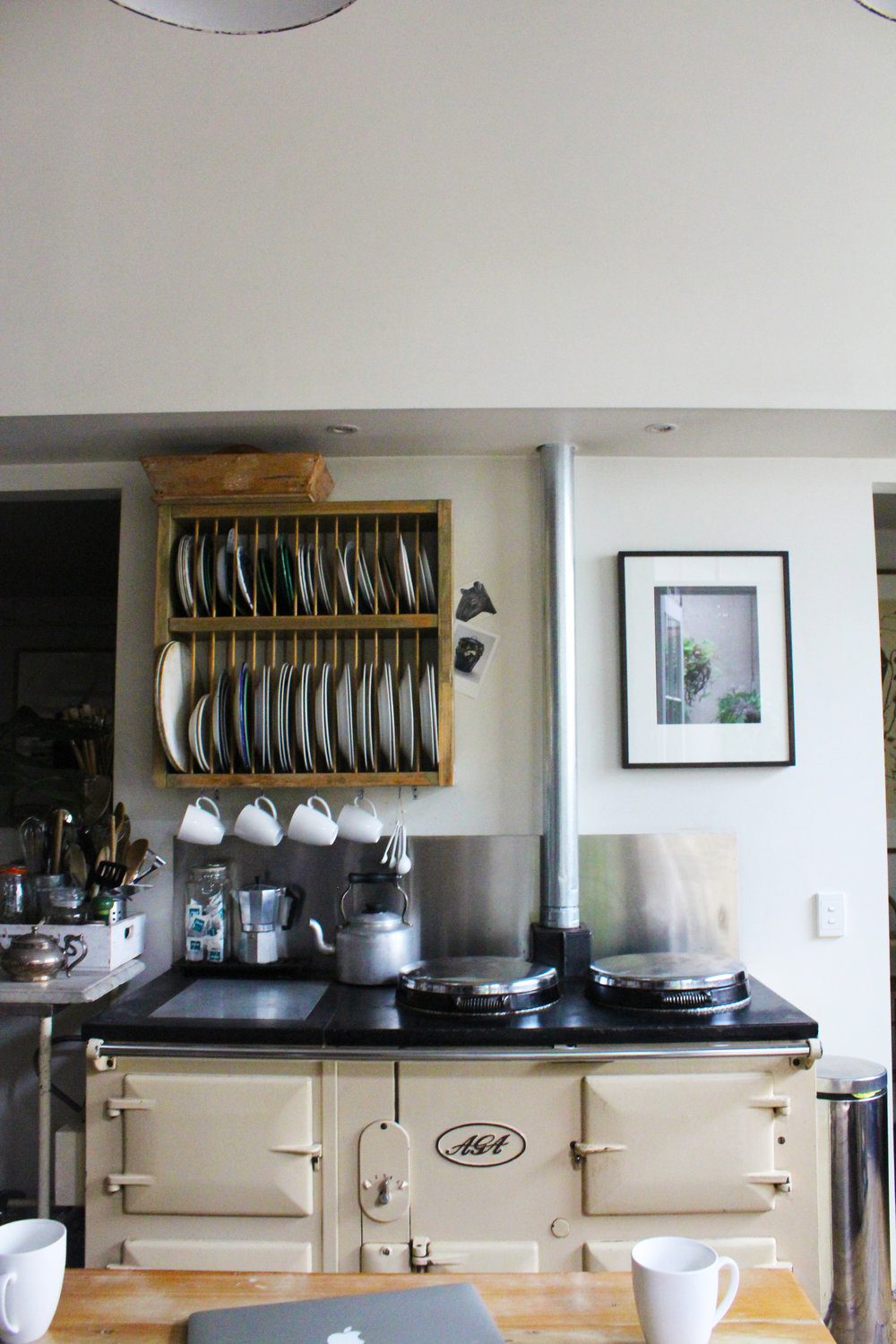 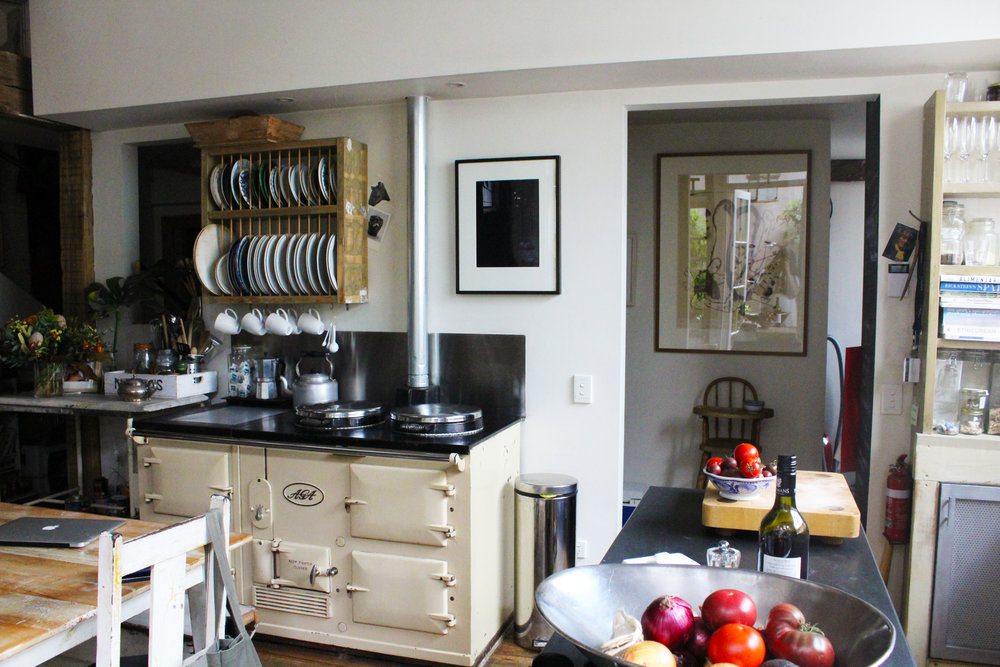 One of the best things about living in the inner suburbs is the connection with your neighbours and the people around you, you almost grow up together. Adriane is close with all her neighbours; they often swap fruit and vegetables they’ve grown in their garden. While I am interviewing her, one of her neighbours brings over tomatoes. Now it’s time to plan her lunch: a tomato salad with garlic, basil, and olive oil on crunchy sourdough bread, which she buys from her local bakery. As stunning as Adriane’s house is on the inside, the exterior is also worth noting – she is growing her own lemon trees and olive trees out the front of her home, as well as herbs and vegetables in large containers provided by the local council.

If I had visited Adriane in the Winter, I would have found her cat Eugene sleeping on top of the Warming Plate in his bed; that’s his usual position during the cold months. He has become quite famous for it, often finding himself on Adriane’s Instagram page for all her followers to see. Although, he does need to move when it’s time to do ironing, which Adriane also does on top of her AGA.

Adriane’s studio is on Brunswick street in nearby Fitzroy. When I visited she was working on a painting of Milford Sound in New Zealand and it’s absolutely breathtaking. It’s incredible to see the in-between stages of art, and I am eager to see the finished product. I ask where she gets her inspiration from, and what her artistic style is. She explains that she takes lots of photographs of a scene or place as reference. When it’s time to paint, she puts the photos away and relies on her memory of what the scenery was like and what she remembers, and paints exactly that. Adriane is currently working for her next exhibition at Jan Manton Gallery in Brisbane in October, followed by King Street Gallery on William in Sydney this time next year. 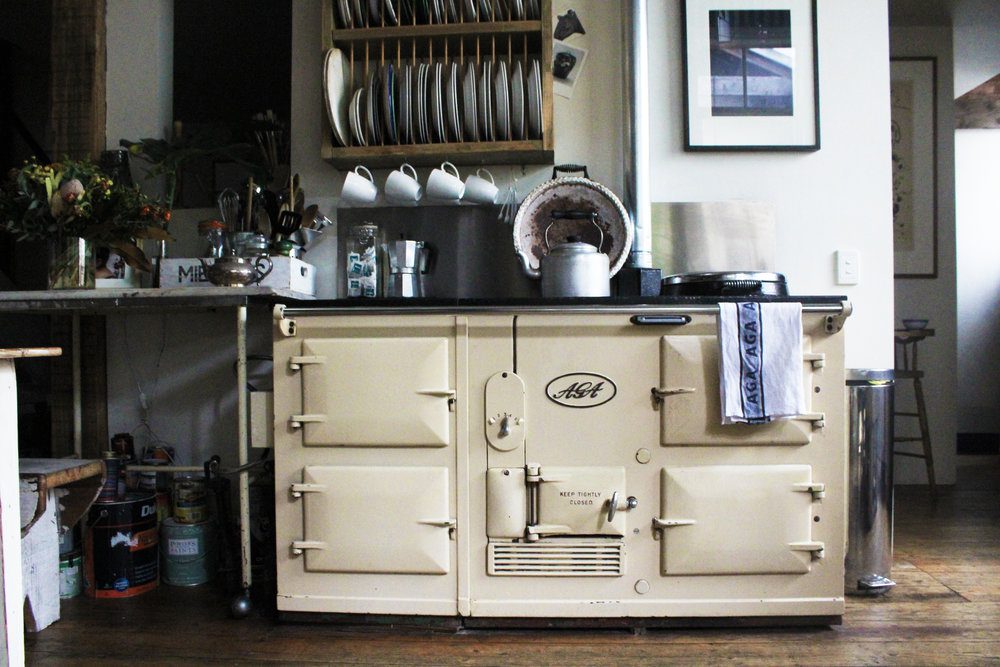